“You Should Never Be Afraid To Out-Lift a Man”

Being yourself is something easier said than done. The world is full of people that post inspiring quotes on social media and those who make plans that never happen. There’s a shortage of people that actually walk the walk and really go after what’s theirs, and Amanda Ruller is a rare breed. A running back in the Legends Football League for the Atlanta Steam, she finds time to train athletes and coach her clients. There was a presence and authenticity with every word that she spoke. We touched on her past, her goals and her movement for young girls that everyone should hear:

Eric: First things first, I saw you were on the price is right and won a car?

Amanda: Yeah! I won a Hyundai Sonata last November. I got all the way to the showdown, I spun a 90 on the wheel. My showcase was a sailboat and other things and I bid too high so I didn’t get the prize. Being Canadian, I didn’t have to pay the taxes for the car too which was great.

Eric: So, you were in track and field, you’re an elite personal trainer, you have a long list of certificates and certifications and now a running back in the LFL. What’s your motivation?

Amanda: My family’s really been my motivation. They’ve pushed me to be the type of person I am now. I got my bachelors in kinesiology and exercise certifications on the side. Now I’m training athletes trying to get them better, condition them and hopefully open my own high performance training facility in the future. Now I do online training with people looking to tone up or get faster or any goals they may have

Eric: Online is great, you can reach anybody. What’s the hardest part about it? I hear accountability all the time

Amanda: It’s definitely hard because you don’t see the client every day and you have to check in with them all the time. If they don’t feel like doing something, they wont do it. At least in the face to face sessions you can ask what they’ve done or how they’ve been eating and there’s accountability there. I like to get after people anyways and know what what they’ve been training. It’s just tough to know their weaknesses.

Eric: What made you want to get into helping athletes?

Eric: I’ve never heard that answer before but thats really interesting! I was talking to my buddy about the LFL recently, how did a Canadian get into football?

Amanda: I watched football growing up with my dad and he would show me the running backs and he told me with my speed I could do it. I played soccer and track and field and it was a good base for football. I got in my car and told my mom I was going to try out in LA And she wasn’t a fan! I drove down in about 5 days and made the open try out. They originally said no, they told me I was too short. The girls in my league are 180 pounds but they didn’t know the depth of my speed. I said “when’s practice?” and they let me just come to practice. That year I ended up a starter. I just didn’t take no for an answer and made it happen.  Most the time, when people tell me I can’t do something, I’ll say “(screw) you, watch this.” (Laughs)

Eric: I watched some of the LFL last year and caught some videos and it looked intense! What’s it like down in the trenches?

Amanda: Yeah, down there theres a ton of trash talking, trying to get into your head. With my background no-one really talked trash in track in field. When they trash talk me now, I just have to laugh. It’s really just fuel. There’s a lot of people that take it to heart but its all in good fun. I’ve never been around girls that have been so passionate about something. It’s hard to put into words.

Eric: Beyond football, you have so many credentials and you have a goal of being a role model. Do you feel that kids look up to you?

Amanda: Yeah, I do a lot of track and field coaching for those trying to get to the next level. A lot of the kids see me on TV and I talk to kids after the game. They’re so impressed by me being on TV!

I want to promote that strong female athlete, and that strong is beautiful. I mean, everyone doesn’t look perfect. Some people say I have no worries but people come up to me and tell me I’m too big, muscular or “you look like a man” but I just have to laugh.

Eric: People say that to your face?

Amanda: Yeah! It’s few and far between but it makes me laugh. Some people think I have no worries or get no negative feedback, but all of us do. Some just don’t understand the movement but I love the way I look and I’m gonna keep doing what I’m doing. I want to be a pioneer for strong women, you shouldn’t ever be afraid to out lift a man.

Want to learn more? Book some time with our team here 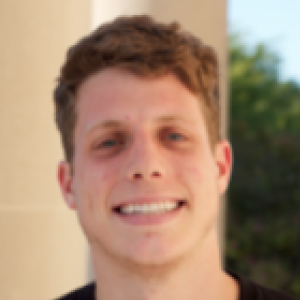 3 Questions That Fly When Choosing a Personal Trainer

Developing a Marketing Plan for Your Box – Pt3: Target Market

We're Excited to Meet You